Many of the orphans in South Sudan don’t recall the jubilation of their country’s independence and succession from Sudan in 2011. What they can tell you about is the civil war that started two years later and the moment they knew everything had gone wrong in their lives. The children of South Sudan understand war. Since their birth they have been immersed in crisis. Their childhoods have been stolen by violence, hunger, poverty, fear, trauma, and the death of their parents, siblings, and families.

The local orphanages in Juba, the capital city of South Sudan, rely on help from non-governmental organizations, like World Children’s Fund to meet the needs of the orphan population.

Food insecurity is reaching its highest levels since the country’s independence. More people than ever are hungry. In response, World Children’s Fund is providing food support and aid to orphanages. Because of your generous support, cargo containers are dispatched into South Sudan’s port. Each cargo container is filled with 43,000 pounds of food, an estimated 250,000 meals. Each quarter, WCF delivers truckloads of food boxes to orphan centers around the Juba area. These deliveries contain life-saving nutritious rice meals specially formulated to meet the nutritional needs of starving children. In addition to the rice meals, WCF ground teams also provide supplemental staple foods. 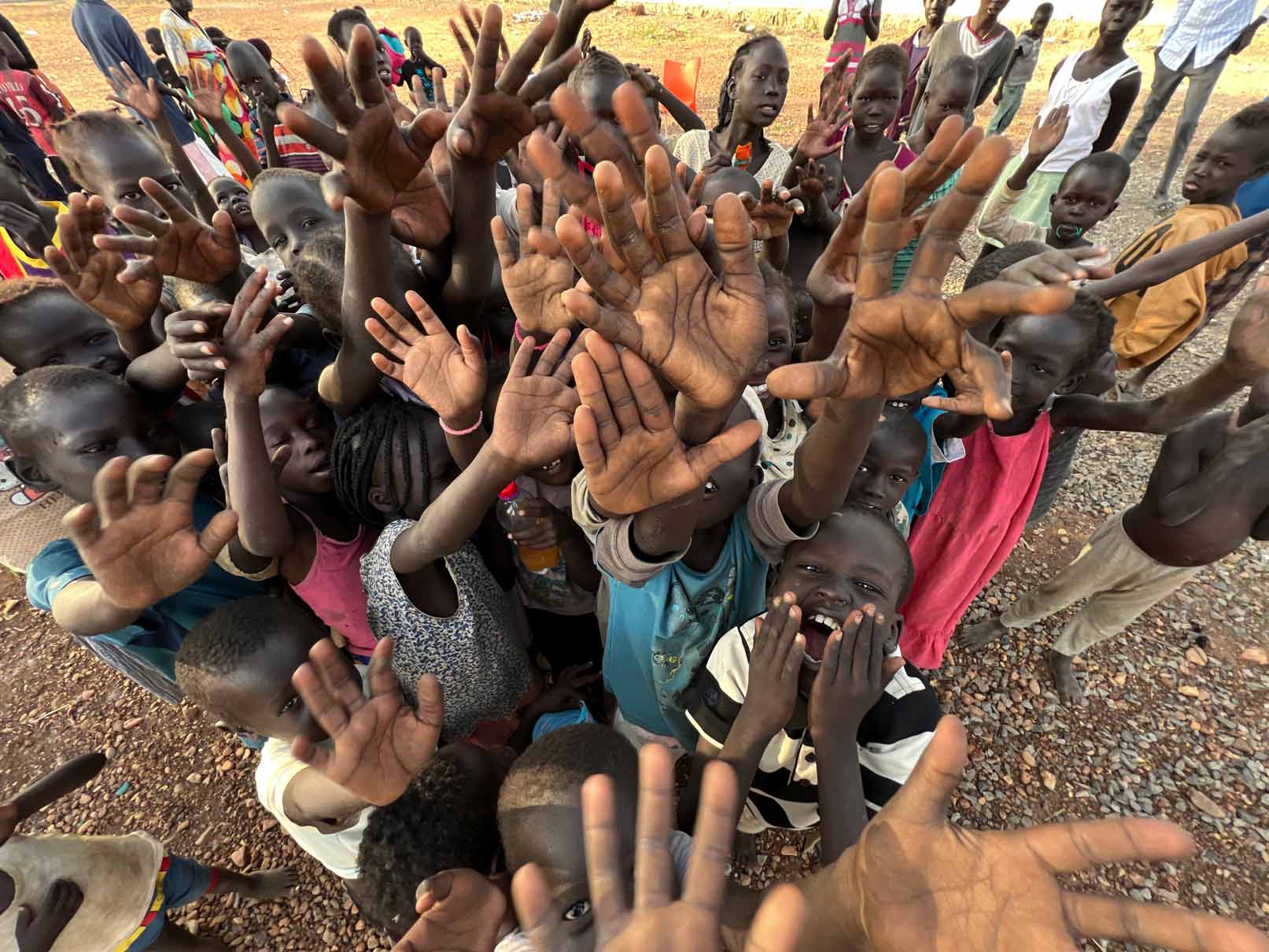 “Some children are so traumatized on arrival they say they hope that they will die to end their suffering. We start feeding them regularly and their bodies begin to recover. We give them a safe place to sleep and clothes. We show them love. We teach them, but it is challenging. These are children of war.”

“Some children are so traumatized on arrival they say they hope that they will die to end their suffering,” says one program administrator at a local orphan center. “We start feeding them regularly and their bodies begin to recover. We give them a safe place to sleep and clothes. We show them love. We teach them, but it is challenging. These are children of war.”

The children who live in the various orphan centers in Juba were born in many different regional areas within the county. They speak different tribal languages and come from diverse backgrounds. As villages were invaded, looted, and burned by rebels, survivors fled to other regions in South Sudan, many traveling to Juba.

“When you look at their life stories, it is painful,” says John, a volunteer teacher who works at one center with children in the primary grades. “South Sudan is a war-torn nation. Many of the children have never been exposed to formal education. When they come to us, they don’t know how to read or write. Even those who have had the opportunity for school have learning gaps because of the interference of the war. It takes work to teach them. We want them to learn academics, but also to heal emotionally.”

Not every child who lives in the centers are orphans. Some children have one parent who has died. Other children have been separated from their family and do not know where their parents are or if they are alive. Many children have been abandoned by parents or family members who have lost hope.

A thirteen-year-old girl, Dalila, living in the AKOO center in Juba says her father is South-Sudanese and her mother was Egyptian. Her mother died of complications from her birth. Her father brought Dalila to the orphanage when she was around six years old. He left her and has never returned. In the beginning she says it was difficult. She had to learn to speak a new language. She still struggles with being abandoned, but says she is more settled now and enjoys her studies and believes she can have a good future.

Another boy, age twelve, says he had been living and begging on the streets for food and had no place to sleep at night. He is thankful for the good food and the safety of the orphanage. He has new friends and is encouraged by possibilities. The sleeping quarters are constructed from corrugated metal and have dirt floors. The beds are wood platforms resting on concrete blocks. Regardless, it is a vast improvement to life on the street.

“We were down to our last bags of beans and rice this very day, and I didn’t know what we would do after this. The timing of the delivery was a miracle.”

DIRECTOR OF ORPHANAGE IN SOUTH SUDAN

Everyone who works at the orphan centers in Juba acknowledges it is challenging to meet the basic needs of the children. Inflation is rampant. The cost of food, charcoal for cooking, fuel and other necessities increase daily. The living quarters at many of the centers need expansion and improvement. There are more children than beds. The centers need more infrastructure, beds, mattresses, and blankets. The children need more clothing and shoes. The centers need more teachers, caregivers, and tutors. 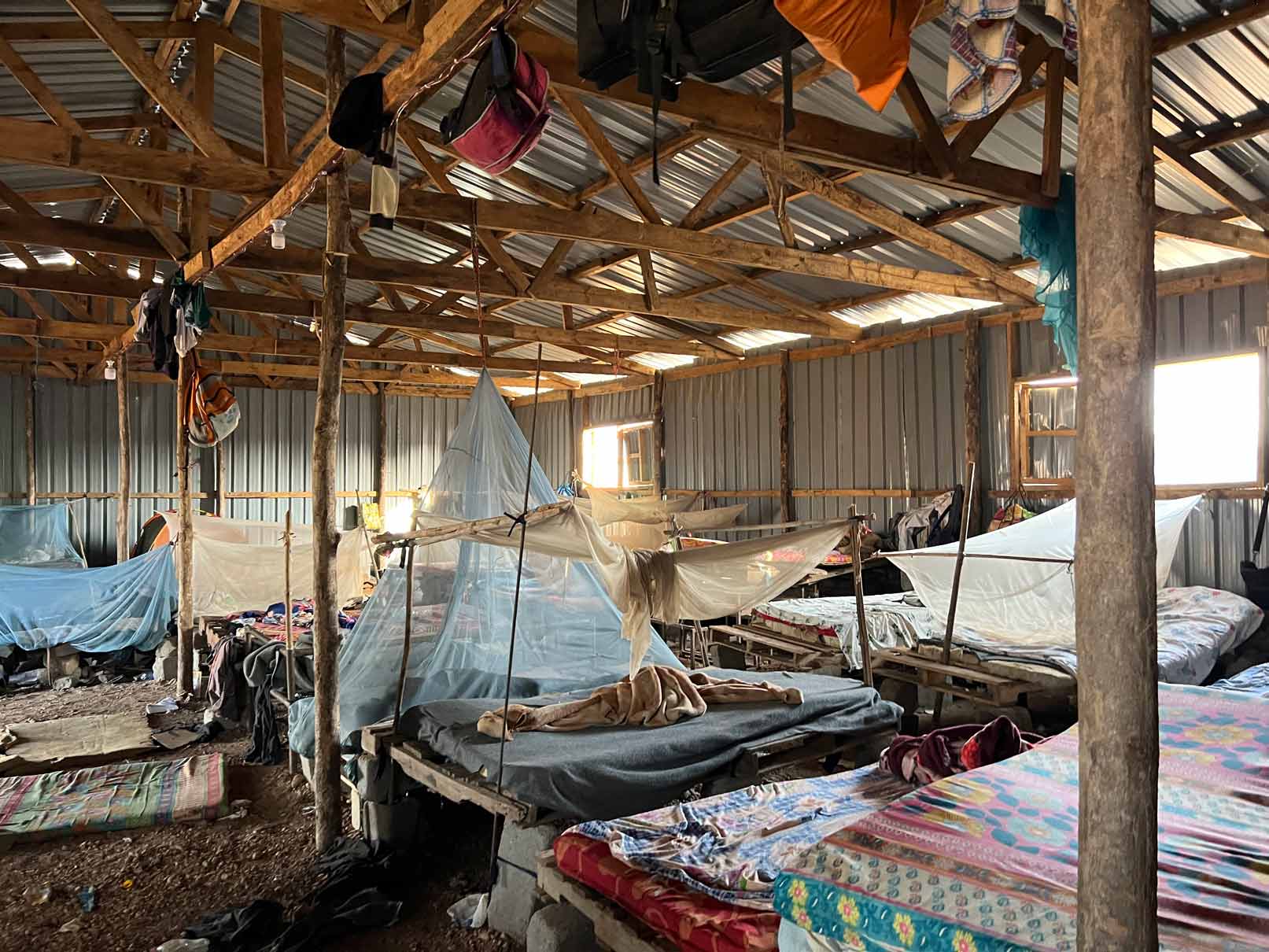 War, economic instability, and the resulting scarcity is creating a gap that grows wider each day for everyone in South Sudan. Having enough money for food and survival is an on-going battle.

Recently, as WCF supported ground teams delivered bags of staple food items to an orphanage near Juba that cares for about 90 children, the director revealed, “We were down to our last bags of beans and rice this very day, and I didn’t know what we would do after this.” The director helped the team unload the food supplies and says the timing of the delivery was a miracle.

Thank you to every supporter who makes it possible to deliver life-saving food to orphanages that are down to their last bags of beans and rice. We are committed to serving the hungry children in South Sudan.

At World Children’s Fund, we love seeing miracles and are grateful for the people who make them happen.