World Children’s Fund is feeding children who are living on the streets of Juba, the capital city of South Sudan. Thousands of homeless children roam the streets. They eat from trash bins. They sleep and live in partially constructed buildings, underneath parked lorries and alongside the busy roads and markets. These children are the collateral damage from South Sudan’s civil war that begin in 2013, uncorking a bloody and violent conflict that has left the country in shambles.

The feeding program for the street children has been “like a bomb of happiness and love thrown to them,” according to one WCF program administrator. Alec, a South Sudanese who lives in Juba, became an orphan at the age of four. He has been instrumental in the logistics of the feeding program. He was raised by an older brother and has a big heart for these homeless children.

At each feeding, he helps prepare and hand out the heaping bowls filled with specially formulated meals for malnourished and starving children. Like many who serve on the WCF team, he believes that impact starts with “One.” 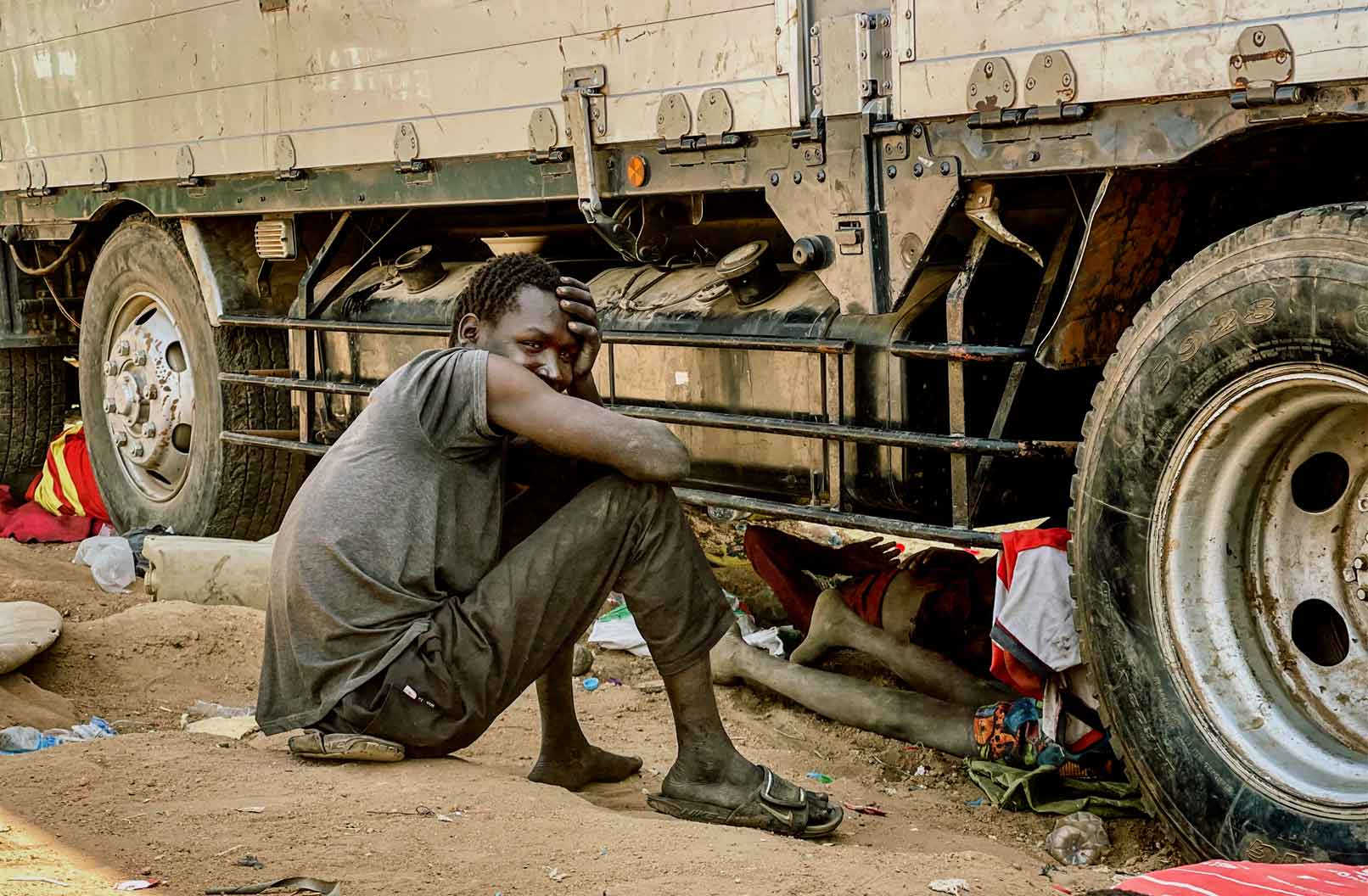 The children in the program give thanks to the donors of World Children’s Fund for the wonderful help. Many of them have been homeless for several years. They say they are grateful for the prepared food served to them in a bowl. “I am happy for the dignity and value I feel when being offered a spoon and the opportunity to eat prepared food from a clean container,” says one homeless boy.

The food is prepared off-site by the WCF team and transported to Zahara square for weekend feedings near the Konyo-Konyo market, the largest market in Juba. At each feeding, about sixty street children gather and food and fresh drinking water is disbursed. The area is a congested and busy during the day as locals come to buy and trade.

“I am very happy that you have come to help us, I thought life would be better for me here in Juba, but it has been difficult.”

YABI IN RESPONSE TO THE FEEDING PROGRAM

At night, these homeless children search for a place to sleep. Many of them sleep in partially constructed buildings not far from the square. “It is a hard life,” says Yabi Sebit. He thinks he is around 14 or 15 years old. Yabi says he sleeps in a grassy field not far from the market. He used to sleep on a nearby street each night but says he relocated to the field because his friend was killed by a passing taxi while sleeping on the side of a main road. Yabi was born in Kapoeta, Eastern Equatoria. His mother died when he was a baby. As he became older, his father was unable to care for him or provide any food. Yabi traveled to Juba on his own in 2021 where he has been living on the street.

"I am very happy that you have come to help us,” says Yabi. "I thought life would be better for me here in Juba, but it has been difficult.” Yabi describes scrounging for food that has been thrown in the rubbish and the violent illness, stomach cramps and vomiting he has endured after eating meat and rotten food filled with parasites. He wishes he could go to school. He hopes he can get new sandals. 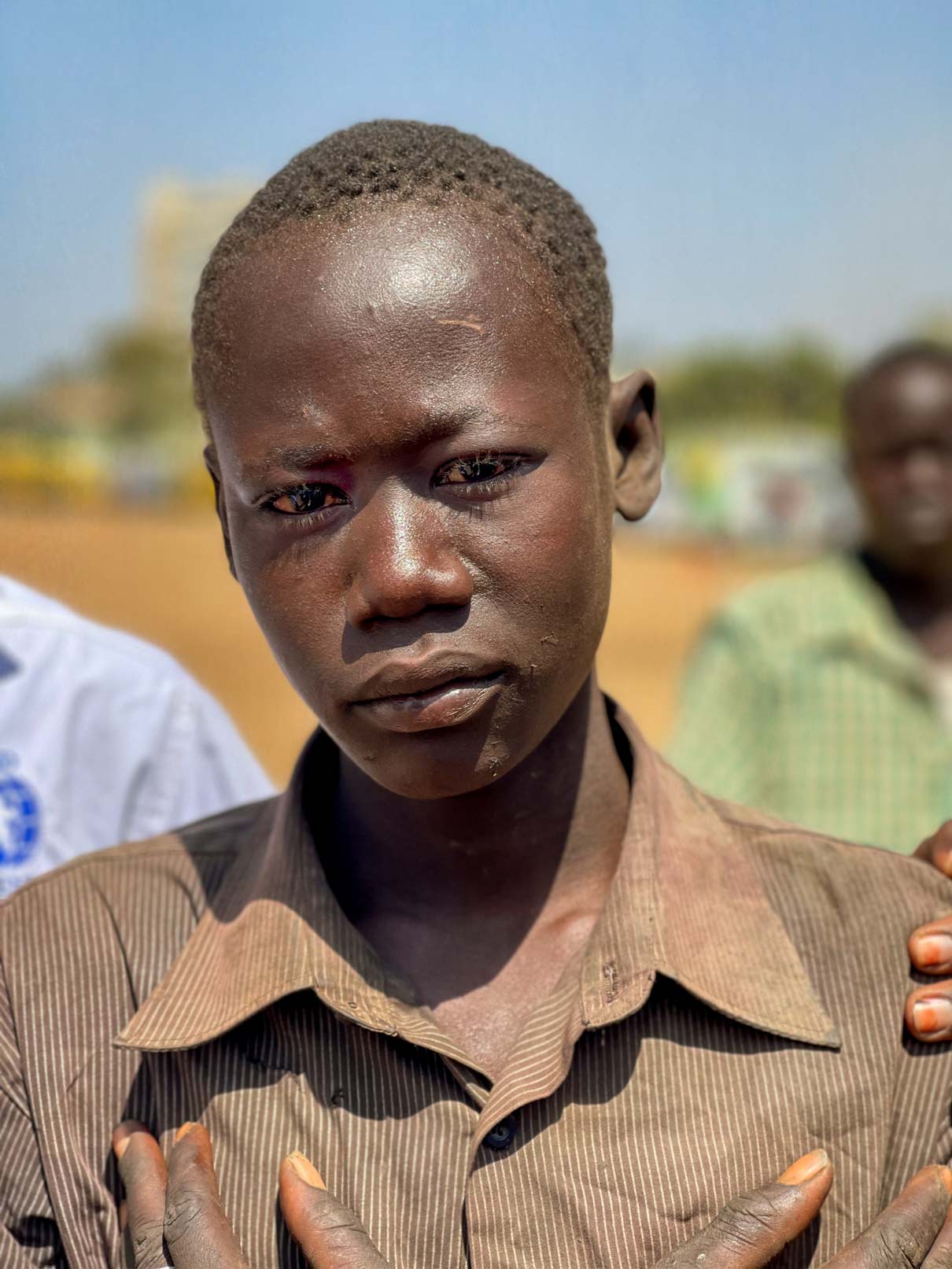 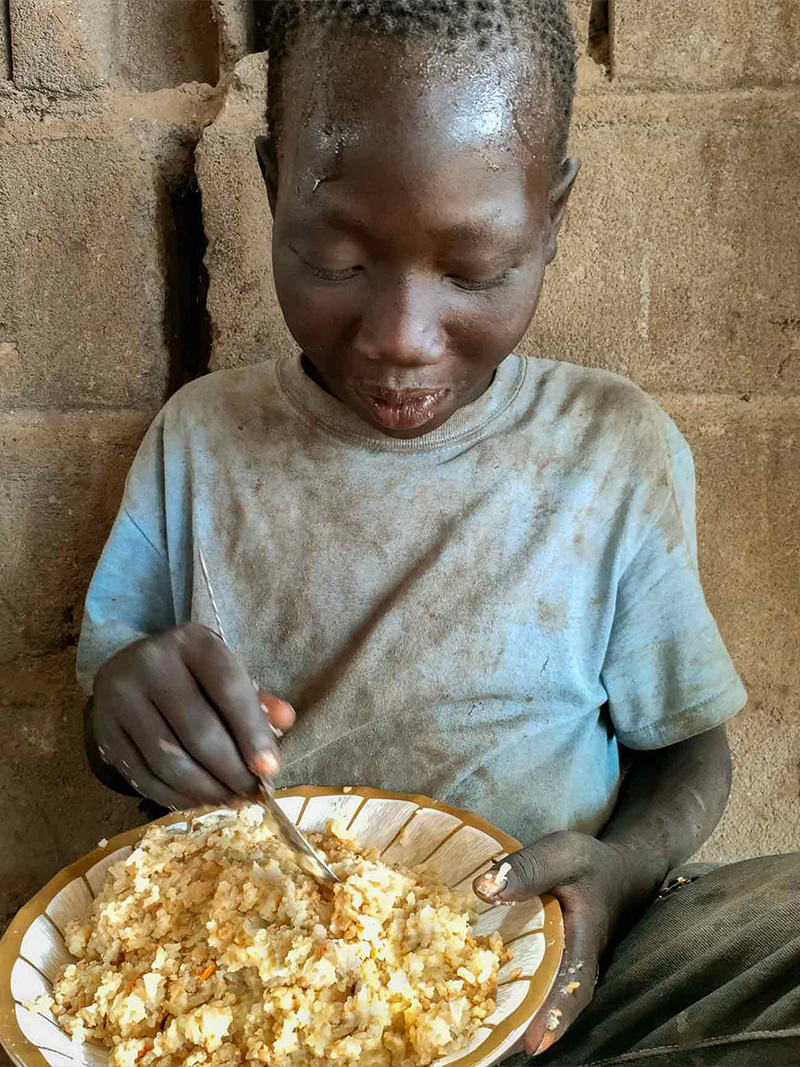 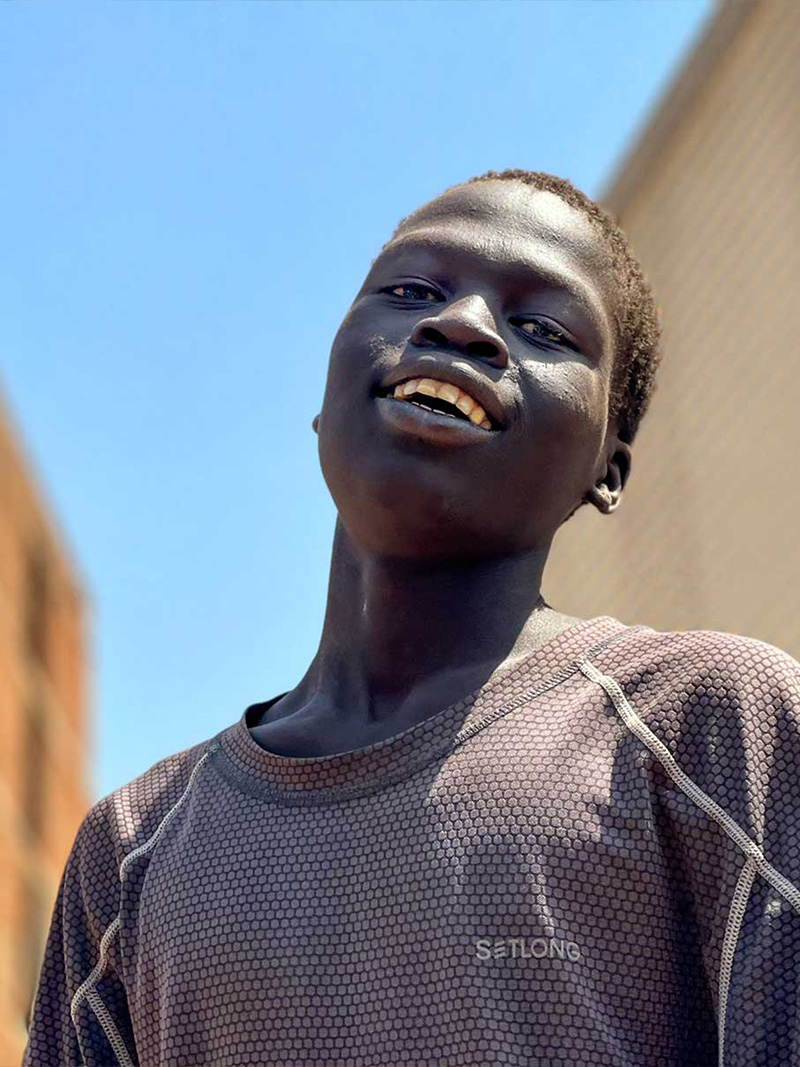 Simon Peter says things began going wrong in his life after he and his parents relocated to a refugee camp after being displaced from their village during the civil war. A relative in the camp where he was living decided to move to Juba. Simon was invited to join his relatives. He says when he relocated to Juba, he was enrolled in school and attended as a student in primary three. He was ten years old. After few months in Juba, the violence from the war began to escalate and his relatives fled to Kenya. “I had nowhere to go. I couldn’t get back to my parents on my own,” he says. “I ended up on the street. I always thought that someone would help me, but there is no one." He thinks his father and mother may still alive but like many children separated from their parents during conflict and war, he does not know where they are. "I believe my life can change… if I can get help.”

“I believe my life can change… if I can get help.”

SIMON PETER, ONE OF THE BOYS WHO COMES TO THE WEEKEND FEEDING PROGRAM IN JUBA NEAR ZAHARA SQUARE

Many of the children who are homeless are unsure of their age.

Steven, who looks to be about eight or nine years old, knows he was born in Torit, in the southeastern part of Sudan, which is about 150km from Juba. He is among the youngest children who arrive for feeding.

He doesn’t remember how his father died. He was a baby. He says his mother died after being bitten by snake. “I did not find anyone to take care of me after my mother passed. I could not go to school and change my life.”

“I sleep on the streets and sometimes in a nearby vacant building. I want to study and go to school,” he says.

He collects scrap, iron, and other metals and tries to sell his goods to earn money for food.

He says the older boys help take care of him and that he is a “good boy.”

As the street feeding wraps up on a sultry Sunday afternoon and bowls and spoons are collected, a young boy, Bol, begs to be taken home by any one of the WCF administrators who are helping with the program. “Who will take me home?” he asks, tears dripping from his eyes. The WCF implementing team, many of them young men without wives, children, or homes of their own, hug Bol and promise to return.

Feeding, caring, and gaining trust is a start, a step in the right direction. “We have high hopes for these children who have been left behind,” says Alec. “Feeding them is the beginning. It is the first hope.”