Anthony taps his foot.
Tap. Tap. Tap.
He has energy to spare. He is always busy.
He says his mind is spinning.
“He’s a very smart one,” a teacher says in support of Anthony’s keen intellect.

Anthony’s mother died when he was in primary school and his father had a fatal accident a few years later. Anthony lived several years with an uncle, but his uncle had four children of his own to support.

“Life was not so easy. Getting the chance to come to the WCF school and learn has changed everything for me.”

“Life was not so easy,” says Anthony. “Getting the chance to come to the WCF school and learn has changed everything for me. I am surprised by the high level of academics, the chemistry, math and physics. I am doing my best,” he says, his bow tie slightly askew. He has dressed for the occasion. He wears his only white shirt and a clip-on black bow tie that all the boys at the school wear with pride on special days.

He says he is grateful for the opportunity and appreciates the environment, the cleanliness of the campus. He is thankful for the “good discipline” at the school. He plans to become an engineer.

“It is a struggle sometimes, at the holidays and Christmas. I miss having a family. But I have made many friends and feel I am really cared for here.”

“I miss having a family. But I have made many friends and feel I am really cared for here.” 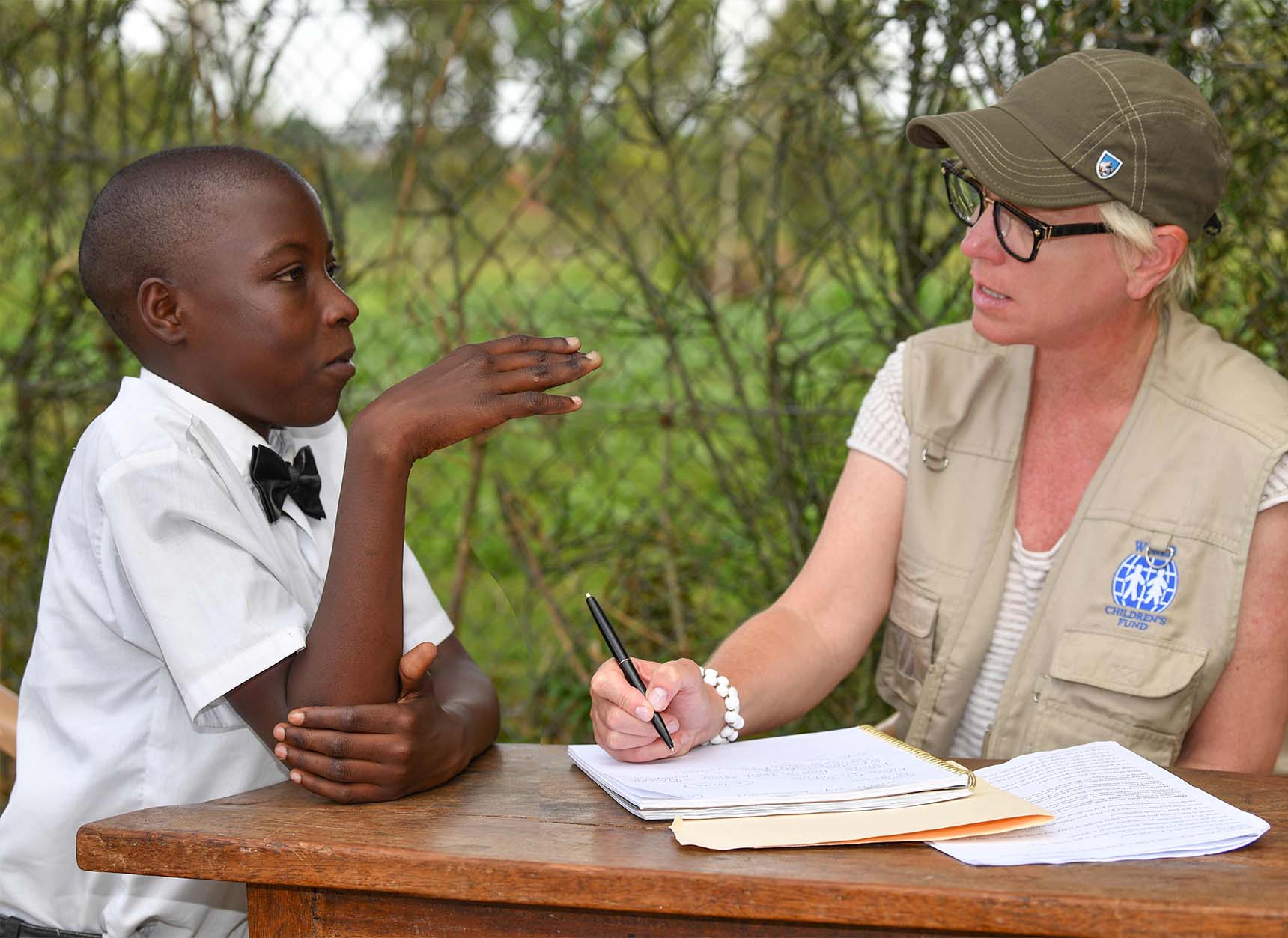 Tap. Tap. Tap. He taps his foot a few more times. “Could this conversation impact my educational opportunities?” he asks. “No. This is just an informal interview to help donors understand the impacts of their giving,” responds a member of the WCF team.

“Fair enough,” he says. “Because I am going to become an engineer.”