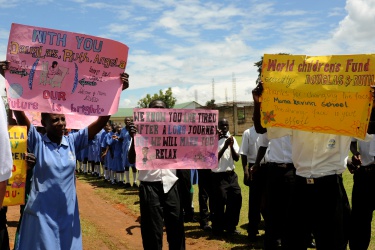 Displaced children and orphans, who previously had little hope, are thriving at The World Children’s Fund Mama Kevina secondary school in Uganda. The students range in age from eleven to twenty-four and are mostly from northern Uganda, where they have been affected by ongoing wars, floods and HIV/AIDS. Many of their parents were killed by rebels or died from AIDS, creating a large orphan population. Boys attending the school were forced to be child soldiers and many other children were separated from their families as they moved from village to village seeking refuge.

“Many of the students here have faced more trials and challenges in their lives than most people face in ten lifetimes. Each one of them is magnificent proof of what survival looks like,” said Doug Kendrick, World Children’s Fund Program Director.

The school campus, located near the town of Tororo in eastern Uganda, sits on about five acres of grassland in a rural area. The school provides education and as well as a place to live for the majority of the student population, most of whom are orphans, internally displaced refugees or children from severely impoverished circumstances. 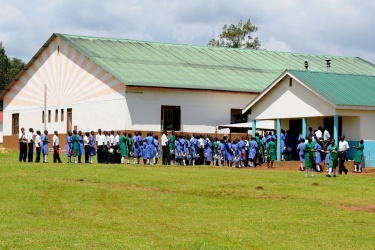 Prior to the WCF partnership, the school, owned by the Little Sisters of Saint Francis, was in dire need of a humanitarian aid partner. Administrators fretted as they struggled with limited funds to feed, shelter and educate their students who would have no other place to go should the school close its doors.

Beginning in 2012, World Children’s Fund made a commitment to support on-going monthly operational costs at the school, as well to fund desperately needed upgrades to the school’s campus and infrastructure.

In addition to paying staff salaries, and providing nutritional meals for the children and teachers, WCF paid for an ambitious expansion of the school, including four new buildings, comprised of classrooms, a new dining hall, and two new dormitory buildings, one for boys and another for girls.

The new, hygienic cooking facility replaced a small, wood frame shack with tin siding. The addition of the new dining hall has also provided students with a gathering area and they no longer have to eat sitting outside on the ground enduring direct sun or rain.

The dormitory buildings include new beds with mattresses, and mosquito netting, replacing triple stacked bunks with no bedding. The upgrades include proper bathroom facilities, and the classrooms are equipped with single student desks, a requirement for the Uganda National Examination Board. Preparing senior students for national exams is a critical component in the school’s curriculum. 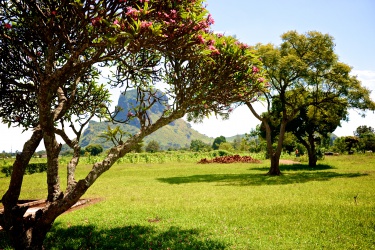 The school now has some computer and biology laboratory equipment. Students have textbooks and school supplies and teachers have proper instructional materials. However, the school’s need for additional textbooks, supplies and computer equipment is constant.

The school has also been able to hire a staff nurse, and the on-going financial support from WCF provides the clinic with medications and medical supplies. Now, when students become ill, they can be treated on campus.

According to Kendrick, the improvements have significantly raised the level of academics. The school’s accomplishments have been acknowledged in the country’s national newspaper, resulting in an increased number of students who have enrolled in the school from families who are able to pay tuition. The increase in paying students, who choose the school for its merits, allow the school to continue to serve the underprivileged while moving toward greater self-sufficiency. 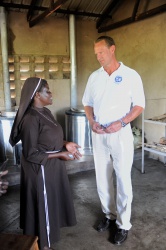 “I will not forget what World Children’s Fund has done,” said Sister Clare, school administrator. “It is a big breakthrough in changing the lives of vulnerable and disadvantaged children.”

The surrounding community also has benefited from the positive impacts of the school. Its success has cultivated a positive attitude in the community toward education. Education is more sought after and appreciated than before.

Because of the school, social services have also been extended that benefit the entire community. The local government upgraded the road going to school, which makes the area accessible even during the raining season. Petty crime rates have decreased because local youth are no longer loitering during the day.

In addition, student teachers from various educational institutions in Uganda are interested in coming to the school for teaching internships. The students at the WCF Mama Kevina School are noted for being well-disciplined and ready to learn and the school is becoming a magnet for young teachers seeking opportunity.

“We believe in these children and their future.  As we support them in achieving their goals, they will teach and influence others. More than anything, we want our students to know that they are not alone. They have inspired us and it is a privilege to offer our support, friendship and guidance,” Kendrick said. 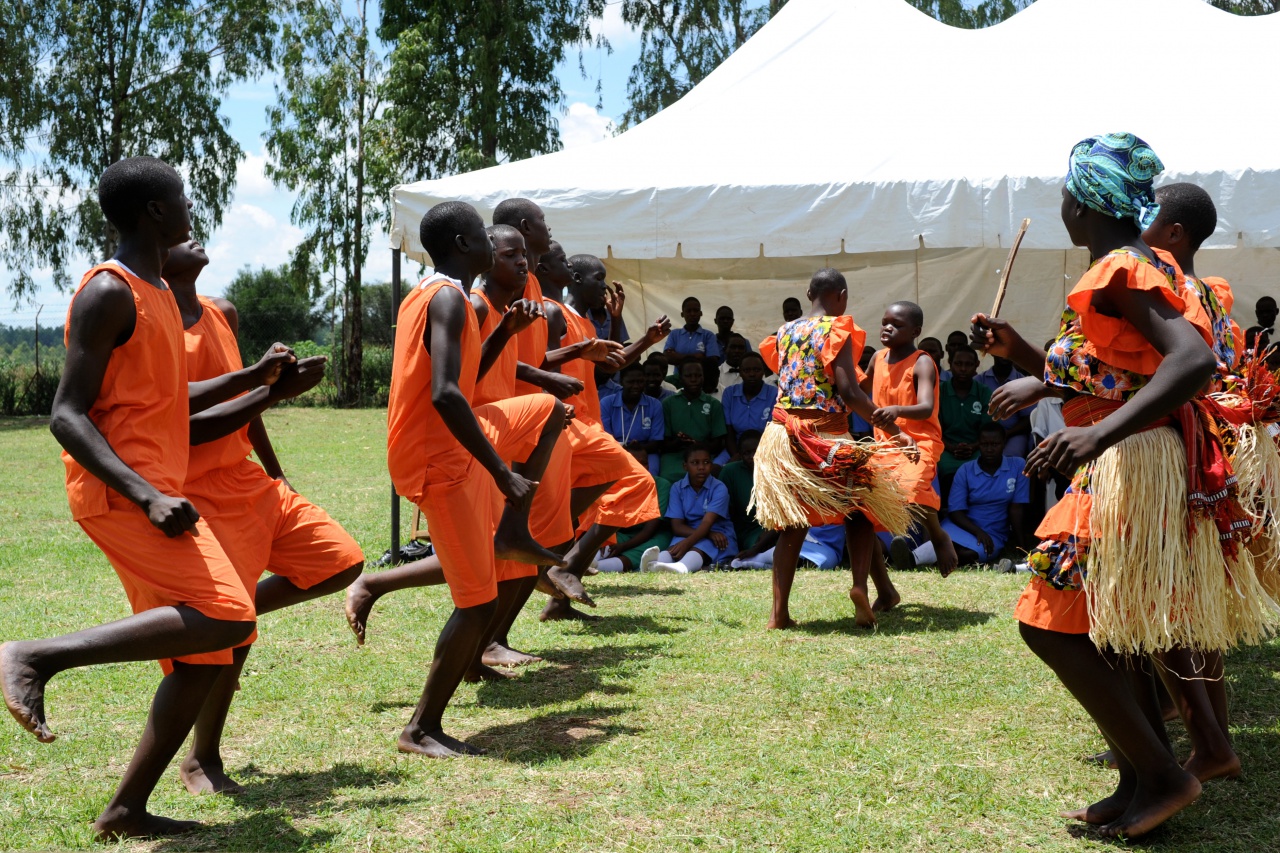